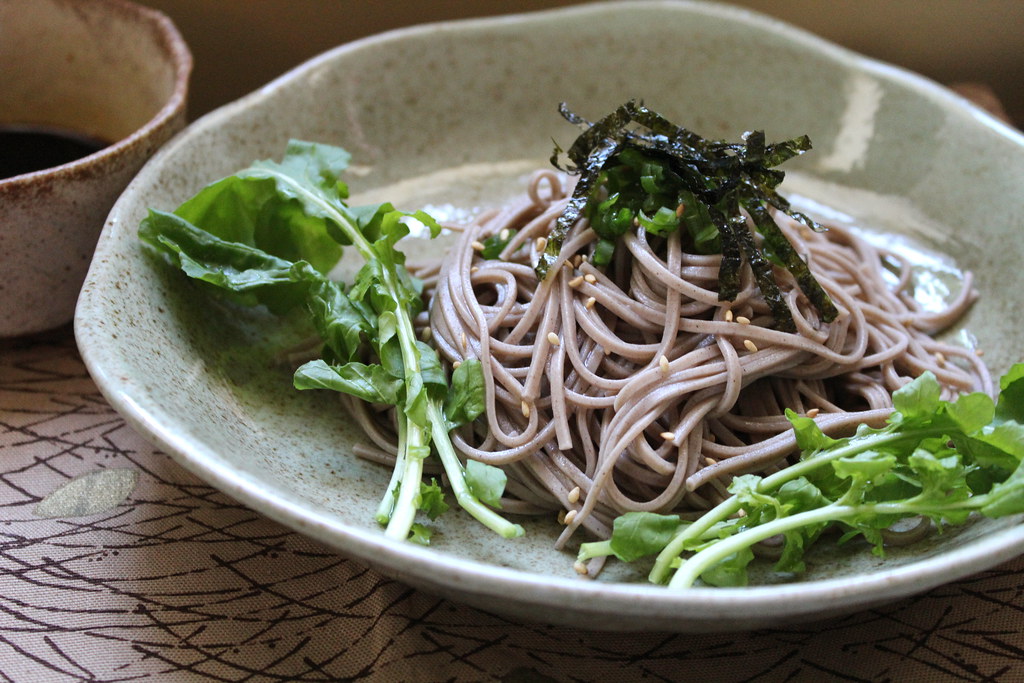 I generally shy away from attempting to recreate dishes like chilled soba and sushi because they are perfection-oriented foods. The difference between really good sushi, for example, and so-so are all in the minute details: how fresh the fish is, how expertly it was cut, how perfect the texture and the temperature of the rice was the moment it adhered to the fish and was served to you. It’s no wonder becoming a sushi master takes years of regimented training, and the same goes for soba mastery.


If that’s not too intimidating, consider half your job done when using dry buckwheat noodles, or soba, rather than making them from scratch. Get the best, authentic Japanese kind you can find (usually the more expensive) and cook and rinse it well (see more on that below). Chilled soba (or zaru soba) is a common summer meal in Japan, and its cooling, yet satisfying effect relies on everything coming together just right. But perhaps the most lenient part about assembling a zaru soba is in choosing the other ingredients to toss it with. So I stepped outside of the box and added a fancy green that’s often associated with picture-perfect dishes in the West: arugula. 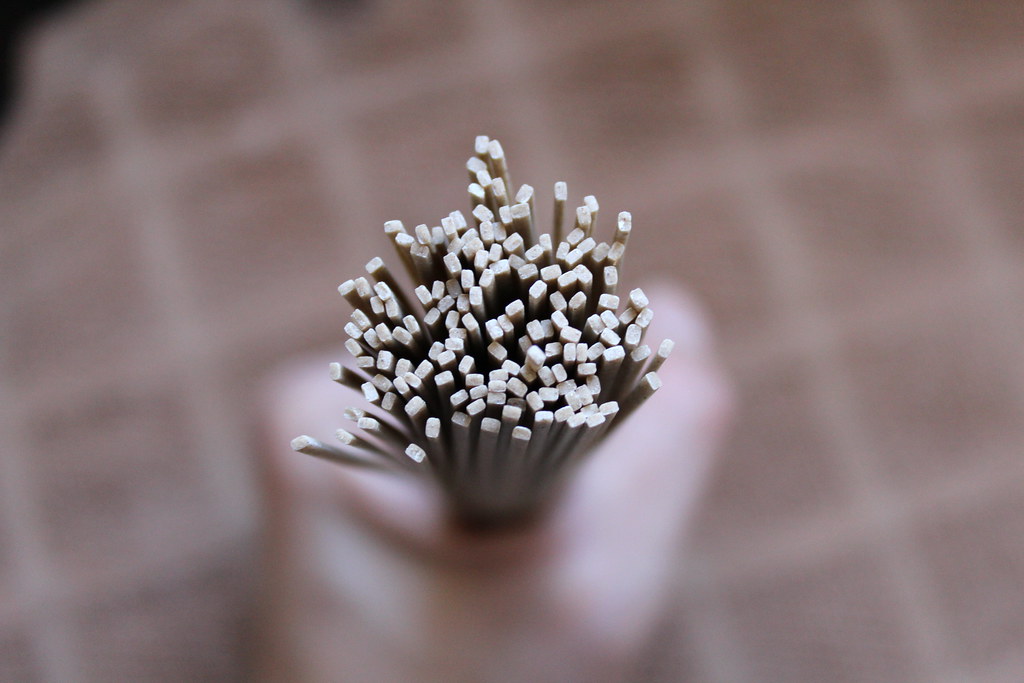 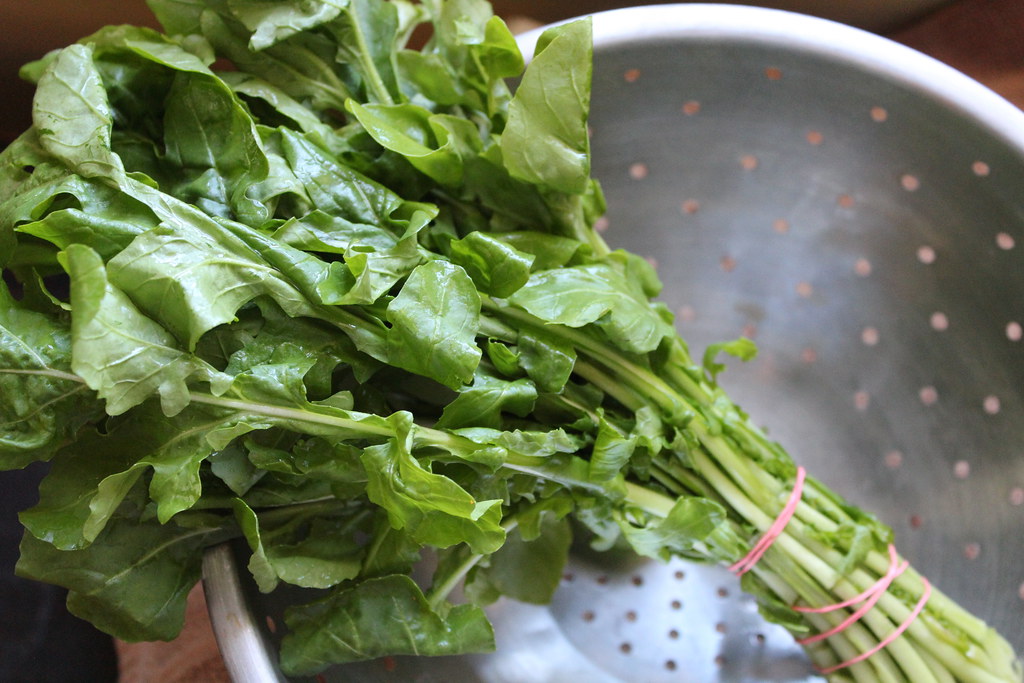 An odd pairing, but the newness of flavors in this dish was really refreshing to me. Coming across the crisp arugula at the market was the only real inspiration: I saw the juicy stalks and wanted to sink my teeth into them, and the leaves were bouncy, light and green. There’s something familiar about delicate arugula dancing around on a salad plate, often complemented with shaved parmiggiano-reggiano and fresh lemon. But in this “salad,” familiar Japanese ingredients stepped in instead, including crispy nori seaweed for that umami presence and mirin in the sweetened soy sauce for some tang. 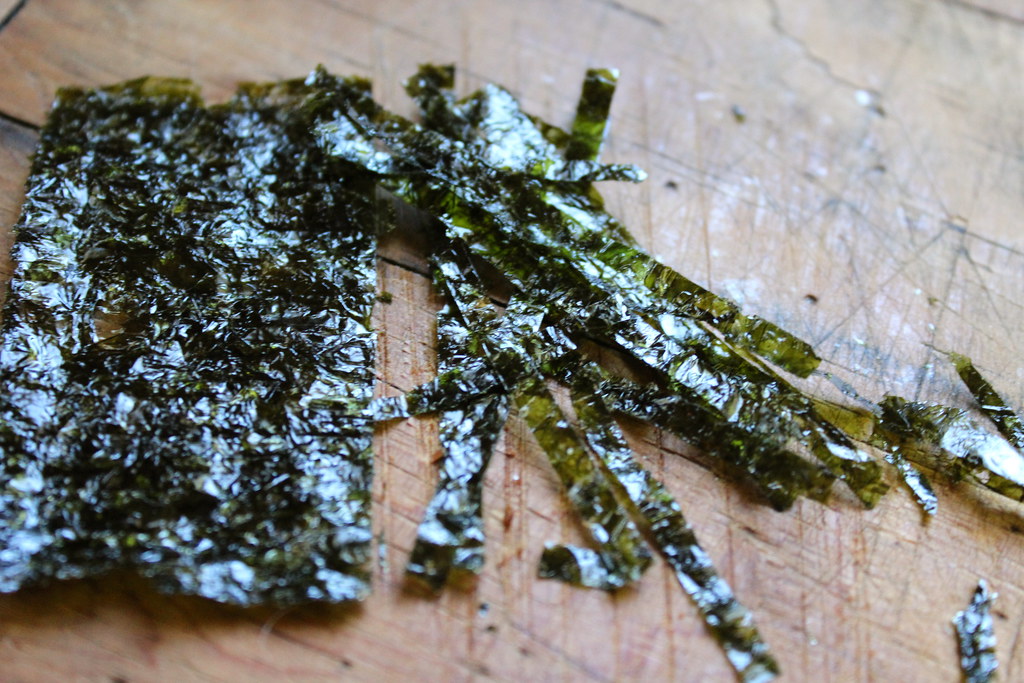 The simplest additions — such as whole, uncooked vegetables — are really the best to add here, anyhow. If arugula’s not your idea of perfection, then give it a whirl below with just the sauce, scallions, nori and sesame seeds. It’s the noodles that are supposed to get the spotlight (noodle shops in Japan would have made their own and boiled them fresh, so you can tell whose is best). When using dry soba, you’ll want to give them a good rinse and shake under cold water immediately after they’re cooked and drained. This will remove excess starches that make the noodles sticky, rather than separate and slippery, which you want. 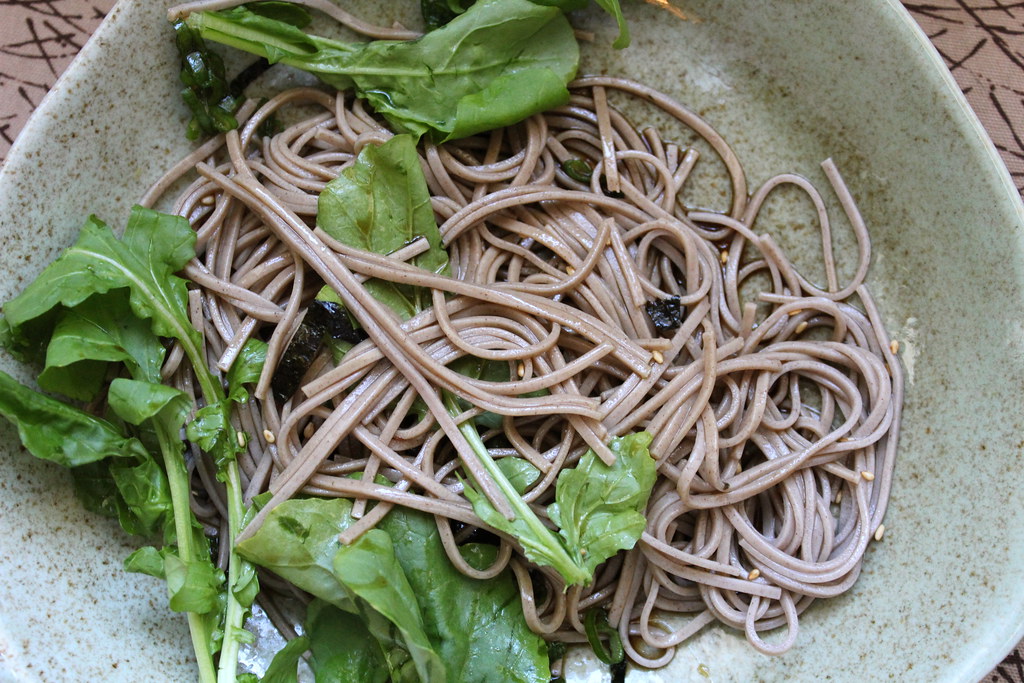 Wear a bib for this one, sauce droplets are bound to fly as you slurp it up.

Bring a medium pot of water to boil and add the noodles. Cook at a full boil, stirring occasionally, until noodles are cooked but still have a little chew (whatever “al dente” is in Japanese).

Drain into a colander and run cold water over it immediately. Continue rinsing, gently moving the noodles around with chopsticks, for several seconds. Let drain and toss with chopsticks until no longer dripping.

To make the sauce, bring the mirin to a boil and transfer to a small bowl. Stir in the sugar and the dark soy until completely dissolved.

To assemble the dish, place the chilled, drained soba noodles in the center of a plate and add the sprigs of arugula around. Sprinkle all over with sesame seeds. Pile the scallions on the noodles and arrange the nori matchsticks on top. Serve with the sauce on the side, to add as desired.

Two brownie points: There is no way you will get fat from eating this, whether you’re a Japanese woman or not. There are no added oils. There is nothing that’s not vegan. There is, however, a lot of sodium and sugar if you’re not careful with that kaeshi sauce. But the dish has more strengths: arugula, that bitter-tasting, body-cleansing superfood, and buckwheat noodles, with whole-grain proportions of protein and fiber. Plus, whole grains have a lower glycemic index which can make you feel more full and satisfied — not eat a ton and get fat!

Four maple leaves: This dish really needs a green factor facelift, for all those great points in the health department. Many of the ingredients are imported — the noodles, soy sauce, mirin, nori — and those that weren’t haven’t been spotted at local markets yet this season (by me). At least it’s a wholesome, totally plant-based meal and the pantry staples even including sesame seeds and nori have a naturally long shelf life, so you can easily stock up.