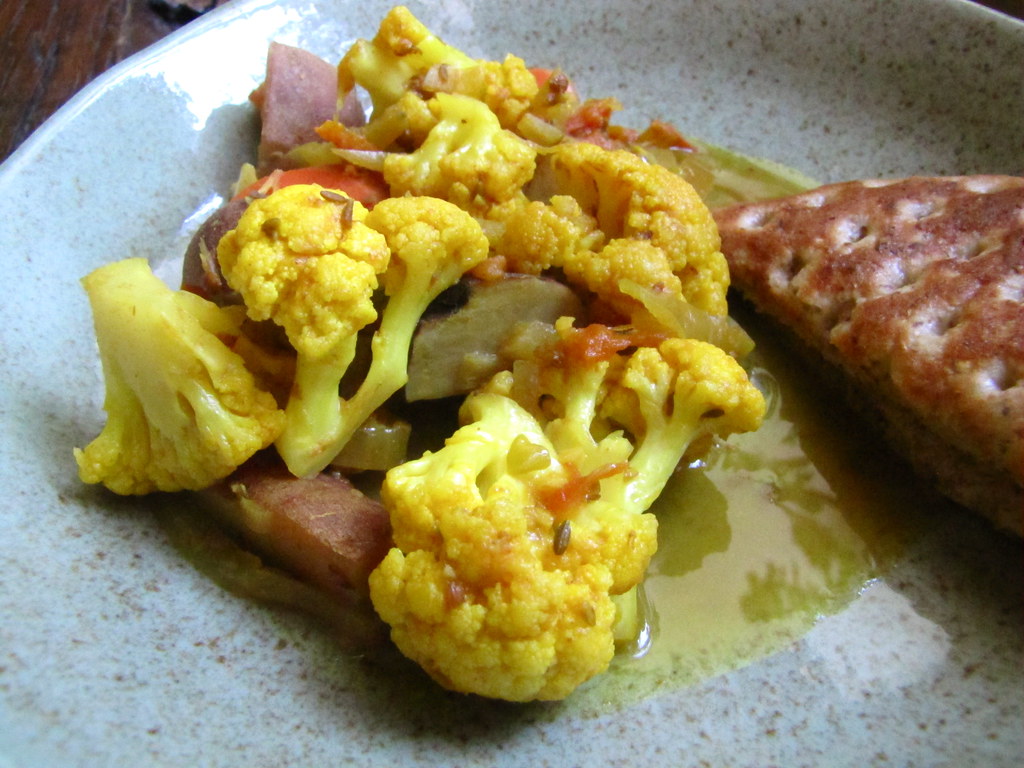 Happy New Year. I’m not one to really make solid New Year’s resolutions. But for any given reason, I might make new foodsolutions. My latest determination came after an extended Christmas vacation in Wisconsin. It was extended, because of the blizzard that hit New York City, just the day I was planning to return. And it was foodsolution-inspiring because Wisconsin is practically swathed in butter, cheese and beef.

I must have eaten six hamburgers over the course of one week, and frozen custard? Well, I got my share of that once again. Talk about hangovers today, I’ve had an almighty meat hangover in my gut for days. 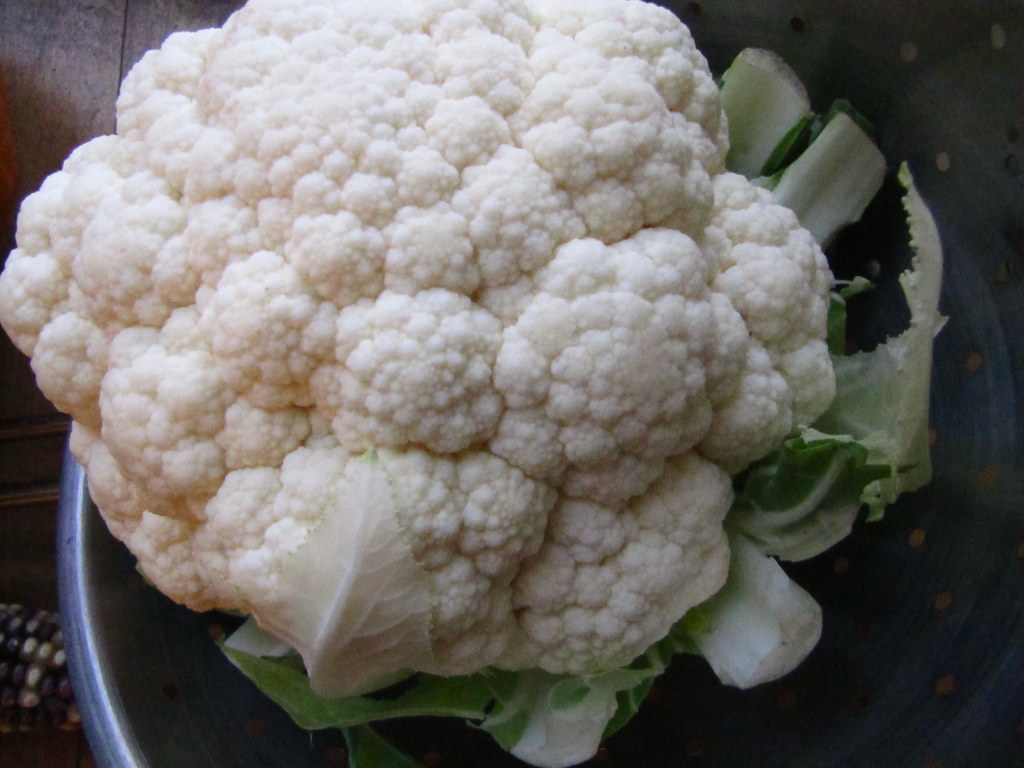 a cholesterol-free cluster of cauliflower

Time to unclog the pipes! But how do you compete with the heavenly high-calorie thrill of hamburgers and ice cream, using all healthy veggies? Well, you can try with a lot of flavor. This dish, inspired by a Nepalese restaurant I visited in Madison, Himul Chuli, is a simple way to make winter vegetables much more appealing. I chose cauliflower as the main ingredient because it’s still available fresh from local farms, and it seems fitting given all the snow the streets are covered with. One must be careful to not overcook the cauliflower, unless you like the florets falling apart once they’re on the plate. The way they cook in this dish (in the last minutes of making it) is sort of like steaming, since they sit in a shallow braise with a lid over them. I like them when they’re still crisp and sort of elastic in texture. This takes no longer than a couple minutes, maybe three. 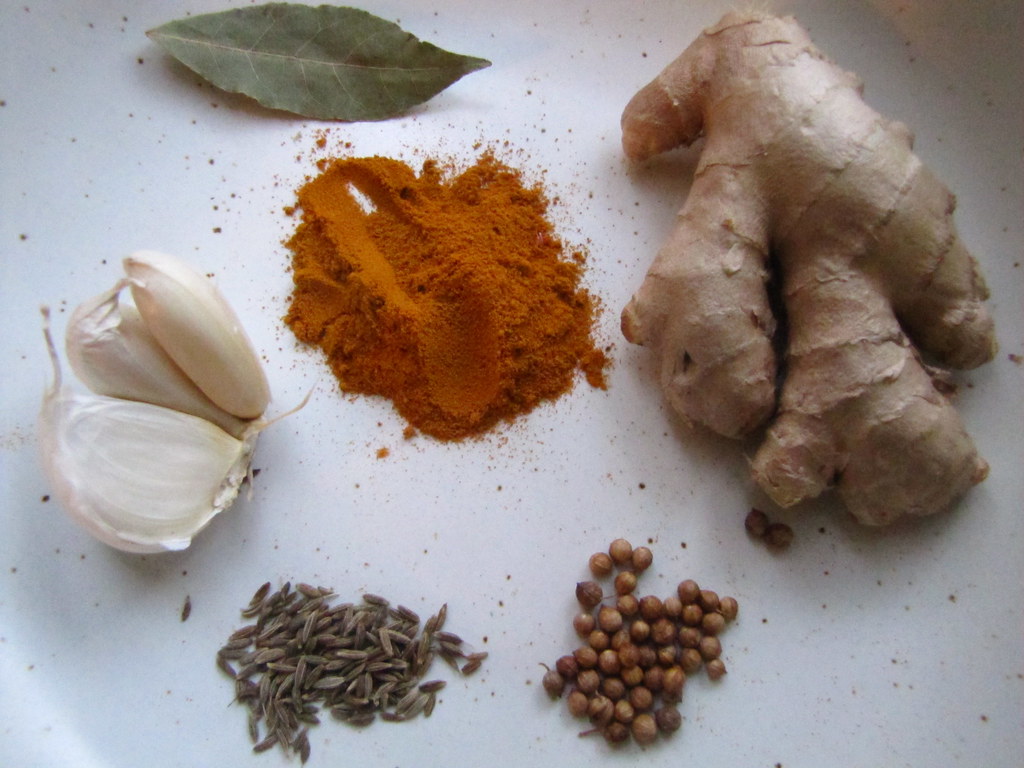 Call it a curry, a savory vegetable stew, or tarkari, a typical Nepalese dish — whatever feels least intimating to you. Because it’s straightforward, as long as you have some spices in your cabinet. Firstly, turmeric, the golden powder that dyes everything yellow. I mean your spatula, your countertop, even your lips, so watch out. This is a root that has been dried and ground finely, like powdered ginger. It has a distinct earthy, yet spicy, flavor, and a rich history of usage throughout Asia and the Middle East, often medicinal.

Coriander and cumin: I like to buy the whole seeds, toast them up lightly for a few seconds on a hot cast-iron pan, and crush them coarsely with a mortar and pestle bowl and spoon. Buying them already ground will save you that step, but make sure your spices aren’t ancient, or else they’ll impart very little flavor.

Fresh garlic and ginger: these are bright and zesty additions that you won’t want to leave out. A bay leaf? I saw Nepalese recipes that called for this, and I wonder if this wasn’t a less authentic substitute for curry leaves. It may be similar enough, and it’s also a common staple to keep on hand. So why not?

The rest is cursory. Sweat the onions, add the spices, a chopped tomato, and let it cook down. Potatoes go in first, then the cauliflower, some sliced carrot, and anything else. You could add frozen peas, or in the summer, sliced zucchini and other squashes. At the restaurant, this was served with roti or flatbread, to mop up the sauce. So I found something more or less resembling it, and put it on the grill with some butter. (Apparently the Nepalese share our fondness for butter, or clarified butter, ghee.) 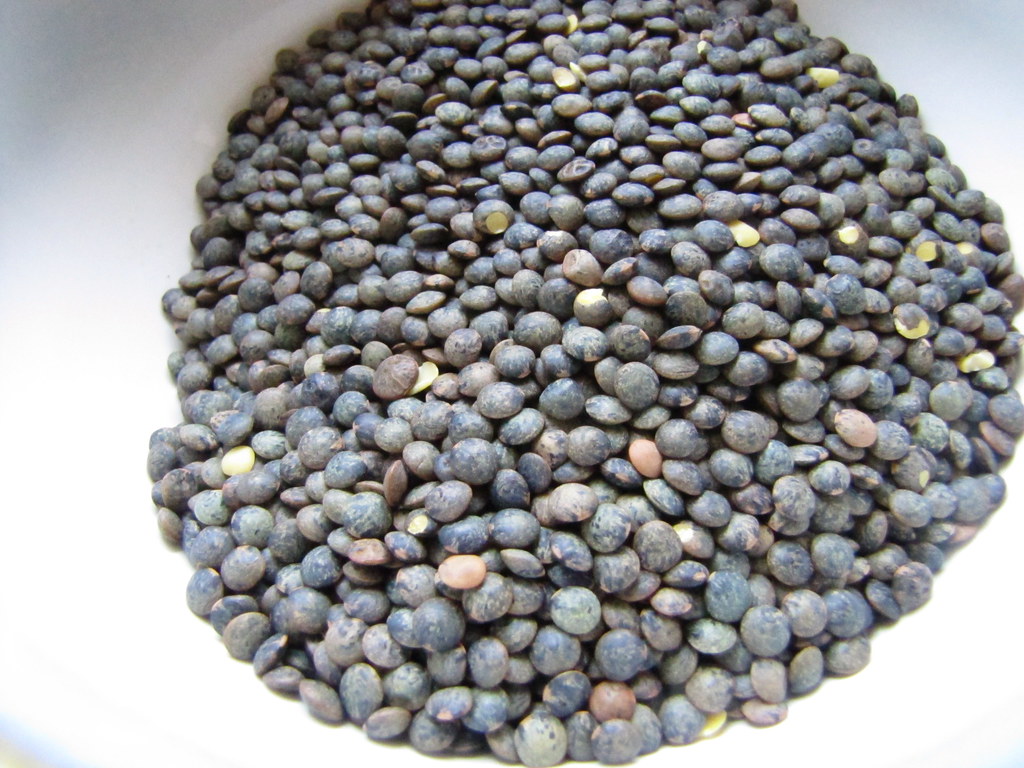 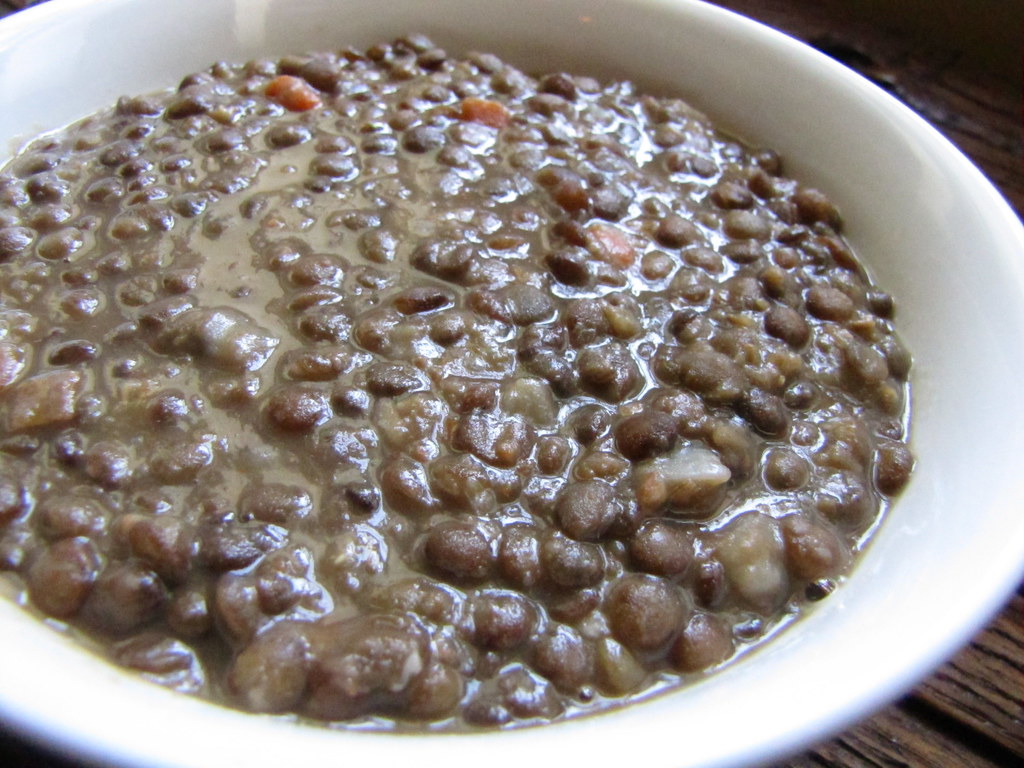 an hour later, as soup

Finally, since there was little protein to be had in this dish alone, I made a small pot of lentil soup, or daal. This was a simple feat to pull off on the side since there were extra ingredients laying around: a bit of onion and carrot were finely chopped, and cooked with the remaining shakes of ground spices. Then the lentils were thrown in, dried, and it was left to simmer in water for about an hour. The longer they cook, the more the lentils break down, and eventually create a viscous brown broth. It’s impressively flavorful given how little was put in.

Now, I can start off a new year with a fridge full of leftovers.

Heat a heavy-bottomed or cast-iron pan until hot. Add the coriander seeds and stir until fragrant. Add the cumin seeds. Remove from heat and once the cumin becomes fragrant (about thirty seconds or so), transfer all the seeds to a spice grinder or mortar and pestle to grind.

Heat the butter or ghee in a large covered chef’s pan or Dutch oven. Add the onions and cook on medium-low heat until translucent, about 5 minutes. Add the tomato, garlic ginger, and all the dry spices as well as generous pinches of salt and pepper. Cook, stirring frequently, until tomatoes’ juices have reduced and the pan is becoming dry. Add the water, bring to a boil, reduce to a simmer and cover. Let cook for about 10 minutes. Add the potatoes and cook another 5-10 minutes, or until they are just tender. Add the carrot and cauliflower, stir well, season with salt and pepper, and cover. Let simmer about 3-4 minutes, opening the lid to stir occasionally, or until cauliflower is crisp-tender. Serve with grilled flatbread and optional daal. (See my recipe for white bean daal.)

Two brownie points: Foodsolution, solved. Cauliflower is an excellent detoxifier, no matter it’s purple or white. It’s packed with Vitamin C, fiber and cancer-fighting phytochemicals. It’s even thought that combining cauliflower with turmeric helps protect against prostate cancer, which might be why there’s so many curries made with them. The ginger adds a lovely, fresh-tasting kick as well as an anti-inflammatory boost. Two reasons I usually opt for fresh ginger instead of ground. Next time, I might add more (Vitamin A-filled) carrots to this, because they’re great when slightly crunchy and curry-soaked, too.

Six maple leaves: Even though this dish looks and sounds exotic, it’s mostly made up of fresh, local veggies from the Greenmarket. You can get these types of vegetables — potatoes, carrots, and hopefully cauliflower — most of the year, as they’re hardy and grow pretty much anywhere. The spices for the most part cannot, and this dish uses quite a lot of them.